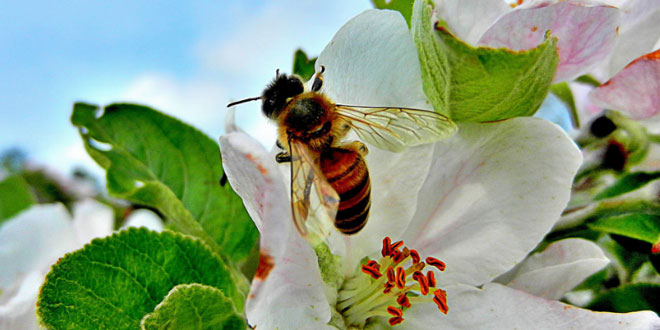 Question: Why are there so many varieties of fruits?

Answer: Following are the parts of flowers:

Question: Name the male and female part of flower.

Androecium is a group of stamens. Each Stamen consists of a stalk called the filament and a small bag like structure called the anther at the tip. The pollen grains are contained in the anther within the pollen sacs.

Gynoceium is the female part of the flower and consists of the carpels or ovary. Gynoceium has three parts – Stigma
Style and Ovary. The ovary contains the ovules and each ovule carries within it an embryo sac, within which lies the egg cell or the female gamete.

Question: Mention some of the spores of asexual reproduction.

Question: Explain the structure of a flower with the help of a diagram.

Answer: Flower: Flower is a special organ of flowering plants (angiosperms) which works as the reproductive system. A flower is composed of four distinct whorls.

(1) The outermost whorl is called calyx. It is composed of green leaf-like structures called sepals.

(2) The second whorl is called corolla. It is composed of colourful structures called petals. Petals are colourful so that insects and other animals can be attracted towards them. This is necessary for pollination.

(3) Androecium: The third whorl is called androecium. It is composed of stamens. Stamen has two main parts. The tube-like portion is called filament. The capsule like structure at the top is called anther. The anther produces pollen grains; which are the male gametes.

(4) Gynoecium: The whorl at the center is called gynoecium. It has a swollen base; called ovary and a tube-like structure; called style. The top of the tube is somewhat flattened and is called stigma. Ovary produces the eggs or female gametes. 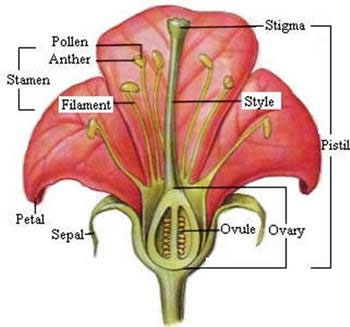 What is the benefit of colourful petals for plants?