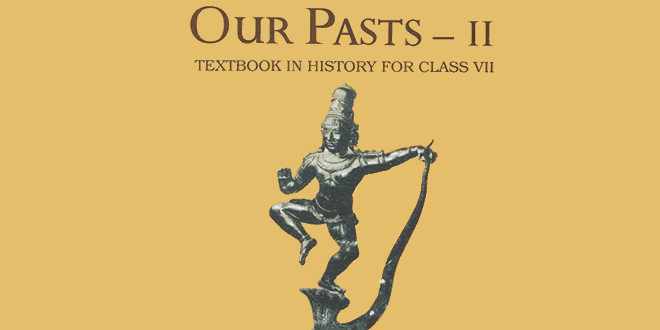 New Kings and Kingdoms NCERT – Question: Who were the parties involved in the ‘tripartite struggle’?

Answer: The parties involved in the tripartite struggle were Gurjar-Pratihara, Rashtrakuta and Pala dynasties.

Question: What were the qualifications necessary to become a member of a committee of the sabha in the Chola Empire?

Answer: The members of the sabha were the prominent landlords. However there were separate committees to supervise different fields like gardens, temples etc. Names of the eligible persons to be members of the different committees were written on small tickets of palm leaf. The tickets were put into an earthen pot and a young boy was asked to take out the tickets one by one for each committee. The person selected through this process was declared to be the member of that committee.

Question: What were the two major cities under the control of the Chahamanas?

Answer: Delhi and Ajmer were the two cities under control of the Chahamanas.

New Kings and Kingdoms NCERT – Question: How did the Rashtrakutas become powerful?

Answer: It was during the seventh century that the kings acknowledged the big landlords as their subordinates or samantas. The samantas were expected to bring gifts and provide military support to their kings. In due course they gained power and wealth. They declared themselves to be maha-samantas, maha-mandaleshvar (the great lord of a circle or region) and so on. Rashtrakutas were one of them who were initially the subordinates of the Chalukyas in Deccan. In the mid-eighth century, Dantidurga, a Rashtrakuta chief, performed a ritual hiranya-garbha and overthrew the Chalukya overlord. After the ritual was over he was reborn as Kshatriya, even if he was not by birth.

Question: What did the new dynasties do to gain acceptance?

Answer: The new dynasties gained power and wealth. Thereafter they declared themselves to be maha-samantas or mahamandaleshwara. Many of such kings adopted high sounding titles like maharaja-adhiraja or tribhuvana-chakravartin. They also deputed learned brahmanas to depict them as valiant, victorious warriors. Their activities were recorded in Prashastis. They tried to demonstrate their power and resources by building large temples.

Question: What kind of irrigation works were developed in the Tamil Nadu?

Answer: During fifth or sixth century the area of Tamil Nadu was opened up for large scale cultivation. For irrigation a variety of new methods were discovered. In , many areas wells were dug. Hugh tanks were constructed for rainwater storage.

Question: What were the activities associated with Chola temples?

Answer: The Chola temples were the nuclei of settlements growing around them which included centres of craft production. Temples were also endowed with land by rulers as well as by others. The produce of the land was used for the maintenance of the priests, garland makers, cooks, sweepers, musicians, dancers etc who were associated with the temples and used to work for them. Hence temples were not simply the place of worship. They were also the hub of economic, social and cultural life as well.

Question: Look at Map 1 once more and find out whether there were any kingdoms in the state in which you live.

Answer: The answer may vary as per the students’ state where they live. So the students should answer this question on the basis of their individual study of the Map.

Answer: The system of election in Uttaramerur was quite different from that of the present day panchayat elections. In Uttaramerur election the names of the persons eligible to be members of the committees were written on small tickets of palm leaves. The tickets were put into an earthenware pot. Thereafter a young boy was asked to take out the tickets, one by one for each committee. But the present day panchayat members are elected through a general election. The names of the total members are printed with a symbol allotted to them on a paper called ballot paper. The voter put a stamp over their choice and drops it in a ballot box. Votes are counted and the winners’ name is declared by the Returning Officer. Every procedure is organized by a statutory body.

Question: Compare the temple shown in this chapter with any present-day temple in your neighborhood, highlighting any similarities and differences that you notice.

Question: Find out more about taxes that are collected at present. Are these in cash, kind, or labour services?

Answer: Today we pay a number of taxes like property tax, road tax, service tax, entertainment tax, water tax, etc. These taxes are in cash not in kind, nor in labour services.

New Kings and Kingdoms NCERT – Question: Who was Dantidurga?

Answer: Dantidurga was a Rashtrakuta chief who turned to be a kshatriya after performing a ritual known as hiranya-garbha.

Question: What was called ‘rent’?

Answer: Resources obtained from the producers were called ‘rent’.

Answer: Prashastis were the details depicting the rule and personality of the rulers

Question: Who were the writers of Prashastis?

Answer: The learned brahmanas were the writers of the Prashastis.

Question: Who was Kalhana?

Answer: Kalhana was a great Sanskrit poet from Kashmir.

Question: What was ‘tripartite struggle’?

Answer: The ‘tripartite struggle’ was a long drawn conflict among the rulers of Gurjara-Pratihara, Rashtrakuta and Pala dynasties for control over Kanauj.

Question: Who was Prithviraja in?

Answer: Prithviraja III was afamous Chauhan ruler of Delhi and surrounding regions during 1168-1192.

Question: Who destroyed the temple of Somnath?

Answer: Sultan Mahmud of Ghazni, a ruler of Afghanistan, destroyed the temple of Somnath.

Question: Why are the temples of Thanjavur and Gangaikonda-cholapuram famous for?

Answer: These temples are famous for their architectural and sculptural marvels.

Question: What were called as ‘ur’?

Answer: The settlements of peasants were called as ‘ur’.

Question: What were called ‘nadu’?

Answer: The larger units of the groups of ‘ur’ were called ‘nadu’.

Question: What was known as ‘brahmadeya’?

Answer: The land gifted to Brahmanas was called as ‘brahmadeya’.

Answer: ‘Nagarams’ were the associations of traders

Question: What was ‘sabha’?

Answer: An assembly of prominent Brahmanas that looked after brahmadeya was called ‘sabha’.

Question: Trace out the emergence of the new class of rulers.

Answer: During seventh century a new class of rulers emerged. They were the subordinates or samantas under the influence of big landlords or warriors. Later they themselves gained power and wealth and declared themselves to be maha- samantas, maha-mandaleshvara (the great lord of a circle or region)

Question: Who was Dantidurga? How did he became a kshatriya?

Answer: Dantidurga was a Rashtrakuta chief in Deccan. Initially Rashtrakutas were the subordinate to the Chalukyas of Karnataka. Dantidurga, in the mid-eighth century overthrew his Chalukya overlord and performed a ritual known as ‘hiranya-garbha’. It was thought to lead to the rebirth of the sacrificer as a kshatriya, even if he was not one by birth.

Question: How was the financial position controlled in these states?

Answer: These states were closely associated with peasants, traders and Brahmanas. The resources were obtained from peasants, cattle-keepers, and artisans who were the producers. They were compelled to surrender part of what they produced. The traders had to pay revenue. The functionaries for collecting revenue were generally from influential families or from the close relatives of the kings.

Question: Write a note on ‘Prashastis’.

Answer: Prashastis, often written by learned Brahmanas, were details of the functioning of a king. They may not be literally true. They tell us how rulers wanted to depict themselves—as valiant, victorious warriors etc. Brahmanas were rewarded by grants of land which were recorded on copper plates.

Question: Who was Kalhana? Why was he famous for?

Answer: Kalhana was a great Sanskrit poet who wrote a long Sanskrit poem depicting the ruler of Kashmir. He used a variety of sources, including inscription, documents, eyewitness account. He was different from the writers of Prashastis for he was often critical about rulers and their policies.

Question: Why were the temples first targets of the conquerors?

Answer: It was the trend to demonstrate power and resources by building large temples. The rulers often invested a lot in the decoration and maintenance of the temples. So the foreign conquerors made them target first. The most prominent example of it was the temple of Somnath in Gujarat looted several times by Sultan Mahmud of Ghazni who came from Afghanistan. Much of the wealth he carried away was used to create a splendid capital city at Ghazni.

Question: Who was Prithviraja III? Who defeated him?

Answer: Prithviraja III (1168-1192) was a Chahamanas, later known as Chauhan ruler. He ruled over the regions around Delhi and Ajmer. He defeated Sultan Muhammad Ghori, an Afghan conqueror in 1191. But only one year after it in 1192 he was defeated by Ghori. It was the end of his rule and life both.

Question: What was the role of temples during Chola kingdom?

Answer: The Chola rulers like Rajaraja and Rajendra built two great temples of Thanjavur and Ganaikonda-cholapuram respectively. Temples were the nuclei of settlements during this period. They were the centres of craft production and also controlled the financial aspects related to them. Hence they were not only the religious centres but also the hub of economic, social and cultural life as well.

Answer: Irrigation system during Chola ruler was much improved. A variety of methods were applied for it. Many wells were dug; huge tanks were also constructed to collect water. The kings themselves took interest in organizing labour and resources and extensive planning.

Question: What was the system of election of committee members for Sabha?

Answer: The Sabha had separate committees to manage the works of irrigation and other works of gardens, temples, etc. The members for each committee were elected through a strict process. Names of eligible candidates were written on small tickets of palm leaf. The tickets were put into an earthenware pot. A young boy was asked to take out the tickets one by one for each committee.

Question: Write a note on Sultan Mahmud of Ghazni.

New Kings and Kingdoms NCERT – Answer: Sultan Mahmud of Ghazni was a ruler of Afghanistan from 997 to 1030. He was an ambitious king and so made all efforts to extend his control over far off regions. He extended his control over parts of Central Asia, Iran and north­western part of the subcontinent. Almost every year he raided the subcontinent targeting wealthy temples. The temple of Somnath in Gujarat was the worst victim of his raids. Much of the wealth he carried away was used to create a splendid capital city at Ghazni. Ghazni was fond of knowing more about the people he conquered. He entrusted a scholar named al-Biruni to write an account of the subcontinent. The al-Biruni’s account, an Arabic work titled as Kitab al-Hind, is still an important source for historians.

Question: How did the Cholas rise to power? Trace out the role of Rajaraja I in this rise.

Answer: Cholas belonged to a minor chiefly family known as Muttaraiyar that held power in the Kaveri delta. They worked as subordinate to the Pallava kings of Kanchipuram. Vijayalaya, a member of the ancient chiefly family of the Cholas from Uraiyur, captured the delta from the Muttaraiyar in the middle of the ninth century. ‘Hie town of Thanjavur and the temple for goddess Nishmbhasudini are some of his great creations. Vijayalaya’s successors conquered neighboring regions and the kingdom grew in size and power. The Pandyan and the Pallava territories to the south and north were made part of this kingdom. Rajaraja I was the most powerful Chola ruler. He became king in 985 and expanded control over most of these areas. He was well known for the reorganization of the administration of his empire. His son Rajendra I continued his policies an even raided the Ganga valley, Sri Lanka and contries of Southeast Asia, developing a navy for these expeditions. The big temples of Thanjavur and Gangaikonda-cholapuram built by them are architectural marvels. 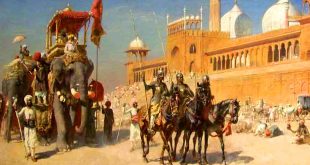 Understanding Advertising: NCERT 7th CBSE Social Studies Civics Chapter 07 Question: What do you understand by the …