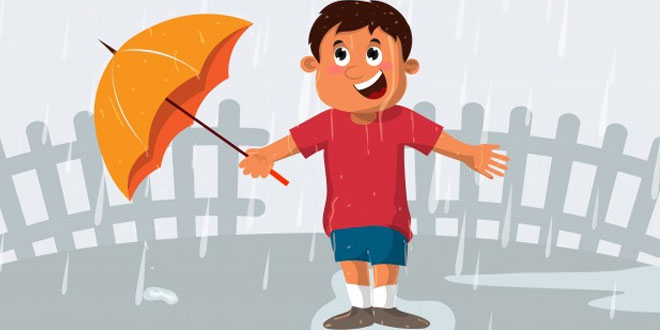 Question: Distinguish between absolute humidity and relative humidity. In what units are they expressed?

Question: How does temperature affect humidity? Explain the two requirements for condensation to take place.

The requirements for condensation to take place are:

Question: What are the different forms of precipitation? Describe each of them in a sentence or two.

Answer: Condensed water falling in any form from the atmosphere to the Earth’s surface is called precipitation.

Precipitation is of different kinds:

Question: Where and how does convectional rainfall take place?

Answer: Convectional rainfall is common in places with equatorial and tropical climates, where intense heating of the Earth’s surface takes place during the day.

Answer: The amount of water vapour in the atmosphere is called humidity.

Question: What is condensation?

Answer: Condensation is the process in which water vapour in the air changes into water.

Answer: Precipitation is the process in which condensed water vapour falls down on the surface of the earth in various forms such as rain, snow, sleet and hail.