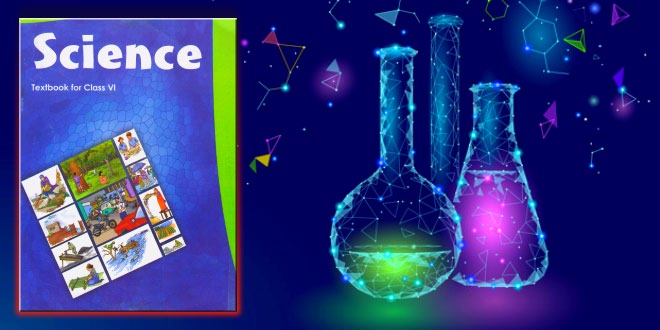 Question: We see the sun rising 8 1/4 minutes after it has risen. Why?

Answer: The speed of light is 3 lakh per second. The sun’s raise take time to reach on earth.

Question: How do we see non-luminous objects?

Question: What is meant by ‘rectilinear propagation of light’?

Answer: It means that light always travel in straight line.

Light, Shadows and Reflection – Question: When is a shadow formed?

Answer: When the source of light is blocked with opaque or translucent object that forms shadow.

Question: Why does a solar eclipse always occur on new moon day?

Answer: When the sun, moon and earth are in a line and moon blocks the light it is solar eclipse. But half of the moon receives light and the other does not receive the light. Hence, the moon is not visible on solar eclipse day.

Light, Shadows and Reflection – Question: When can you see the image of an object in a plane mirror?

Question: In what ways is an image different from a shadow?

Question: Draw a diagram to show the formation of the image of a distance tree by a pinhole camera.

Question: In a completely dark room, if you hold up a mirror in front of you, will you see a reflection of yourself in the mirror?

Question: Whether the moon is luminous or non-luminous body?

Question: What is umbra?

Answer: Umbra is the dark region behind object facing light which does not receive light at all.

Question: How does a light ray travel?

Question: Give one natural source of light.

Answer: Sun is a natural source of light.

Question: What is shadow?

Answer: Shadow is the dark space behind an opaque object where light does not reach.

Question: What is penumbra?

Question: State difference between a luminous and a non-luminous body.

Question: Why is the moon not considered as a luminous body?

Answer: Moon is non-luminous body because it shines by reflecting the sunlight falling on it.

Question: What is an incandescent body? Give example.

Answer: The bodies which emit light when heated to a very high temperature are called incandescent bodies. Example: electric bulb.

Question: When does a shadow form?

Answer: Shadow is formed when light does not reach behind the opaque object kept in the path of light

Question: Draw a diagram to illustrate the formation of umbra and penumbra.

Question: What are the essential conditions for the formation of shadow?

The object must be placed in the path of light. Then shadow is formed on the screen.

Answer: When light rays after striking the smooth and shiny surface return to same medium, this phenomenon is called reflection of light.

Question: How will you convert a glass sheet into a translucent sheet?

Answer: There are following two methods to convert glass sheet into a translucent sheet:

Question: Write the differences between umbra and penumbra.

Light, Shadows and Reflection – Question: What do we need in order to see a shadow?

Question: What do you mean by scattering of light?

Answer: When a beam of light falls on a rough surface it is turned back in different directions. It is called scattering of light.

Question: Have you ever seen an ambulance? It is written in the form of mirror image on vehicles. Explain why it is done so and give the mirror image of AMBULANCE.

Answer: The mirror image of AMBULANCE is ECNALUBMA.

It is written so on the vehicles for the people to see in their rear view mirrors, read it correctly and immediately give way to the vehicle as it carries patients who need urgent medication.

Question: You have to cost the shadow of your pencil on the wall with the help of candle in a dark room. How can you obtain the shadow of same size, small size and big size of the same pencil?

Answer: When light rays fall on a highly polished (Example: mirror) smooth surface and return to the same medium, it is called reflection of light.

Activity to show reflection of light: This activity should be done at night or in a dark room. Ask your friend to hold a mirror in his hand at one corner of the room. Stand at another comer with a torch in your hand. Cover the glass of torch with your fingers and switch it on. There should be small gap between your fingers. Direct the beam of torch-light on to the mirror that your friend is holding. Adjust the direction of torch so that patch of light falls on your friend standing in the room. This activity shows the reflection of light also that light travels in straight line.

Question: Explain the manner in which light travels with the help of an activity.

Answer: Take a comb and fix it on one side of a thermocol sheet. Fix a mirror on the other side as shown in figure. Spread a dark colored sheet of paper between the mirror and the comb. Send a beam of light from a torch through the comb. You get a pattern of light similar to that shown in figure. This activity explains the manner in which light travels and gets reflected from a mirror.

Question: Explain that light has the property of rectilinear propagation.

Answer: We take three pieces of cardboard. Place them one on the top of one another and make a hole in the middle of each cardboard by using a thick nail. Erect these cards up on the table at a short distance away from each other. Take a candle which is of the same height as the holes in the cards. Light the candle and place it in front of the cards. We see that the light of candle is visible only when the holes on cards lie in a straight line. If we disturb them the light of candle disappears. This experiment shows that light propagates in a straight line.