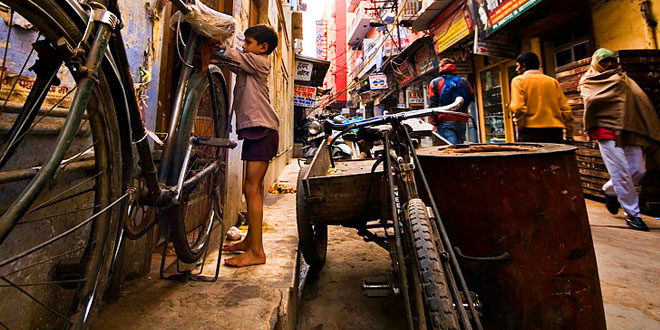 Industrialization and the Rise of the Modern City of England

Many decades after the beginning of the industrial revolution, most Western countries were largely rural. In the early industrial cities of Britain, most of the people were migrants from rural areas.

By 1750, one out of every nine person of England and Wales lived in London. It was a big city with a population of about 675,000. Between 1810 and 1880, the population of London multiplied fourfold; increasing from 1 million to about 4 million.

The city of London was a powerful magnet for migrant populations; although there was no large factory in London. The London dockyard was among the major employer. Additionally, large numbers of people were employed in clothing and footwear, wood and furniture, metals and engineering, printing and stationary and precision products.

During the First World War (1914 – 1918), manufacturing of motor cars and electrical goods began in London and this marked the beginning of large factories in the city. Over due course of time, about one-third of all jobs in the city were created in these factories.

When the city of London grew in size, crime also flourished. As per estimates, about 20,000 criminals were living in London in the 1870s. Many people who failed to find gainful employment often resorted to petty crimes. Sometimes, the crime provided a better source of earning than doing some of the low paying jobs in the small factories.

Many women, who were employed in the factories during war years, lost their jobs and were forced to work within households. Many of them tried to earn by renting their homes or by other activities; like tailoring, washing or matchbox making.

Many poor children were forced into low-paid work, often by their parents. Compulsory Elementary Education Act was passed in 1870 and the factory acts were passed in 1902. These acts ensured that the children could be kept out of industrial work.

Housing: The flow of migrants to cities created problems of housing. Housing facilities were not provided by the employers. Private landowners provided cheap but unsafe tenements for the migrant workers. According to a survey done by Charles Booth (a Liverpool shipowner) in 1887, about 1 million Londoners were very poor. This comprised about 20% of the population of London at that time. The life expectancy of the poor was 29 years; compared to 55 years among the gentry and the middle class. Charles Booth concluded that London needed to rebuild at least 400,000 rooms to house its poorest citizens.

The large number of one-room houses occupied by the poor was seen as serious threat to public health. Those rooms were poorly ventilated and there was no arrangement for sanitation. They also posed fire hazard. People living in poor conditions were also potential hotspots for social disorder. To prevent the London poor, workers’ mass housing schemes were planned.

Various steps were taken to clean up the city of London. Steps were taken to decongest localities, green the open spaces, reduce pollution and landscape the city. Large blocks of apartments were built. Rent control was introduced during the First World War, to reduce the burden on people.

Between the two World Wars, the British state accepted the responsibility for housing the working class. Local authorities built about one million houses. Most of them were single-family cottages.

During this period, the city expanded beyond the range where people could walk to work. This necessitated the development of new forms of mass transport.

Transport in the City

This was the period when the London underground railway was built. The first section of the Underground opened in 1863 between Paddington and Farrington. The train service was expanded by 1880 to carry 40 million passengers a year.

Social Change in the City

The family became smaller and individualism increased. The institution of marriage tended to break down among the working class. Women of the upper middle classes in Britain faced increasing levels of isolation. Many social reformers felt a need to save the family by pushing the women back into the home.

The positive aspect of these changes was that the family became the focus of the new market.

For wealthy British, there had been a tradition of ‘London Season’. For the elite families, many cultural events were organized.

People from the working classes met in pubs. The pub was the center of exchanging news and views for them. Libraries, art galleries and museums were established in the nineteenth century to provide people with a sense of history and pride in the British achievements. Music halls were popular among the lower classes. By the early twentieth century, cinema became a popular entertainment across all classes.

The trend of spending holidays on beaches increased among the working classes.

Politics in the City

A large city population was both a threat and an opportunity from political perspective. This was a period when many mass strikes and protests erupted in the city. Some of them were brutally suppressed by the police. The State authorities worked towards reducing the possibility of rebellion and enhance urban aesthetics.