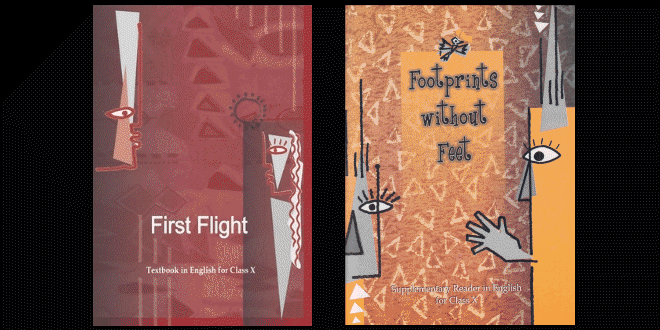 Question: What kind of a person is Mme Loisel and why is she always unhappy?

Answer: Mme Loisel is young, pretty, ordinary but discontented woman. She is of a humble background but dreams of riches and comforts. She is proud of her beauty and wants to be admired. Her meager resources are not enough to satisfy her expensive cravings making her angry all the time.

Question: What kind of a person is her husband?

Answer: Her husband M. Loisel, is an ordinary and average young man. A mere clerk by profession, he is still contented with his job. Also, he is a caring man as he is excited to show the dinner invitation to his wife.

Answer: After spending a fortune on a beautiful dress, Mme Loisel is faced with yet another disaster. She frets over the fact that she does not have a beautiful jewel to go with her dress. So, she asks her husband to pass on the invitation to someone else.

The Necklace – Question: How is the problem solved?

Answer: Matilda Loisel’s husband, M. Loisel, comes to her rescue. First, he suggests her to wear fresh flowers. Matilda just mocked at the idea. Then, he advises her to borrow some jewels from her rich friend, Mme Forestier. Thus, the problem is solved as Mme Forestier lends her a beautiful diamond necklace.

Question: What do Mr. and Mme Loisel do next?

Answer: The Loisels leave no stone unturned. M. Loisel goes back and searches to the lost necklace. Then, he goes to the police and to the cab offices. Also, they put out an advertisement n the newspapers and offer a reward to anyone who finds :he necklace. But, all their efforts go in vain.

Question: How do they replace the necklace?

Answer: After all other efforts fail, Loisel’s decide to buy a new dentical necklace to replace the lost one. M. Loisel pooled n eighteen thousand francs of his inheritance and borrowed :he rest. Then the couple managed to buy the new necklace :or thirty six thousand francs and returned it to the rightful owner.

Question: The course of the Loisel’s life changed due to the necklace. Comment.

Answer: It takes Loisels a decade to pay back the money they borrowed to buy the necklace. And, it changed everything for them. They had to move to the poorest quarters of the city. With no maids or assistance, Matilda had to cook, clean, mend, sew, bargain with the grocer and butcher to save every sou just for mere survival. The husband had to work in the evening and night to pay their debt. In this way, the course of the Losiel’s life changed due to the necklace.

Question: What was the cause of Matilda’s ruin? How could she have avoided it?

Answer: Matilda’s pride and her materialistic aspirations coupled with her dishonesty pave the way for her ruin. She could have avoided it by learning to accept her current situation and being content with what she had.

Question: What would have happened to Matilda if she had confessed to her friend that she had lost her necklace?

Answer: Truth and honesty would have saved Matilda from her doom. If only she has been courageous enough to confess to her friend the truth of the necklace, she would have come to know that it was a fake one that cost a mere five hundred francs. She would not have Spent her husband’s entire inheritance and borrowed eighteen thousand francs to pay for its replacement. In fact, she would have saved herself and her husband from ten long years of crushing poverty, misery and back breaking labour

Question: If you were caught in a situation like this, how would you have dealt with it?

Answer: Foremost of all, I would have done my best not to become a victim of my own pride and aspirations. If, I was caught in such a situation, I would have let the truth out and then face the consequences. Honesty would have been the way out for me.

Question: The characters in this story speak in English. Do you think this is their language? What clues are there in the story about the language its characters must be speaking in?

Answer: Though the characters speak in English, it is not their language. Maupassant wrote the story in French and it was translated into English. Again the very text throws up enough words in French to prove it otherwise. First, the very names of characters like ‘Mme Loisel, Mme Forestier and the minister’s name George Ramponneau indicate their French origin. Then, the words for currency like ‘Franc’ and ‘Sou’ show the same. Also, the shop’s location at ‘Palais Royal’ and ‘Champs Elysees’ point out the French history of the characters and the story.

Answer: Honesty is definitely the best policy. Falsehood and hypocrisy seem very attractive and rewarding at first. But, the path they tread on leads to nothing but misery, evil and utter gloom. Honesty, on the contrary, seems to be a difficult choice in pursuit of material happiness. However, it is the only choice for a life of contentment, peace and everlasting happiness.

Question: We should be content with what life gives us.

Answer: Life is a great mystery. For every individual this mystery of life comes wrapped in a unique package. For some, it is all riches, comfort, name and fame. For some, it is nothing but sheer hunger, poverty, anguish and an everyday quest for bare survival. One, however, must learn to live within one’s means and be content with what one has. One may try to improve his lot by honest means but eventually must be at peace with what one manages to have.

A Question of Trust: 10th Class NCERT CBSE English ‘Footprints without feet‘ Chapter 04 Question: What does …