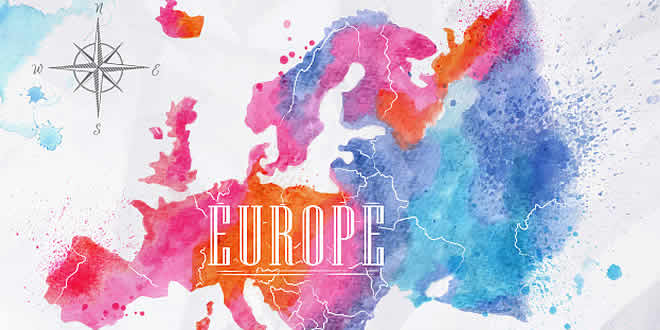 Question: What was the Romantic Imagination about a nation?

Answer: Romanticism, a cultural movement which sought to develop a particular form of nationalist sentiment. Romantic artists and poets generally criticized the glorification of reason and science and focused instead on emotions, intuition and mystical feelings. Their effort was to create a sense of a shared collective heritage, a common cultural past, as the basis of a nation.

The emphasis on vernacular language and the collection of local folklore was not just to recover an ancient national spirit, but also to carry the modern nationalist message to large audiences who were mostly illiterate.

Question: What was the cause of Silesian weavers uprising? Comment on the viewpoint of the
journalist.

Answer: In 1845, weavers in Silesia had led a revolt against contractors who supplied them raw material and gave them orders for finished textiles but drastically reduced their payments.

The journalist Wilhelm Wolff described the events in a Silesian village as follows: In these villages (with 18,000 inhabitants) cotton weaving is the most widespread occupation … The misery of the workers is extreme. The desperate need for jobs has been taken advantage of by the contractors to reduce the prices of the goods they
order …

On 4 June at 2 p.m. a large crowd of weavers emerged from their homes and marched in pairs up to the mansion of their contractor demanding higher wages. They were treated with scorn and threats alternately. Following this, a group of them forced their way into the house, smashed its elegant windowpanes, furniture, porcelain … another group broke into the storehouse and plundered it of supplies of cloth which they tore to shreds … The contractor fled with his family to a neighboring village which, however, refused to shelter such a person. He returned 24 hours later having requisitioned the army. In the exchange that followed, eleven weavers were shot.

Question: How was nation visualized by artists?

Answer: Artists in the eighteenth and nineteenth centuries found a way out by personifying a nation. In other words they represented a country as if it were a person. Nations were then portrayed as female figures. The female form that was chosen to personify the nation did not stand for any particular woman in real life; rather it sought to give the abstract idea of the nation a concrete form. That is, the female figure became an allegory of the nation.

Question: On what basis the female allegories were given names?

Answer: Many female allegories were invented by artists in the nineteenth century to represent the nation. In France she was christened Marianne, a popular Christian name, which underlined the idea of a people’s nation. Her characteristics were drawn from those of Liberty and the Republic – the red cap, the tricolor, the cockade. Statues of Marianne were erected in public squares to remind the public of the national symbol of unity and to persuade them to identify with it. Marianne images were marked on coins and stamps.

Question: Describe the rise of imperialism.

Answer: Nationalism, aligned with imperialism, led Europe to disaster in 1914. But meanwhile, many countries in the world which had been colonized by the European powers in the nineteenth century began to oppose imperial domination. The anti-imperial movements that developed everywhere were nationalist, in the sense that they all struggled to form independent nation-states, and were inspired by a sense of collective national unity, forged in confrontation with imperialism. European ideas of nationalism were nowhere replicated, for people everywhere developed their own specific variety of nationalism. But the idea that societies should be organised into ‘nation-states’ came to be accepted as natural and universal.